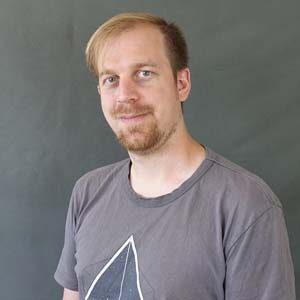 Mathieu Westphal is a ParaView Expert Engineer at Kitware Europe.

As part of the Scientific Visualization team, he leads many software developpements projects in the ParaView ecosystem. He is part of the core development team of VTK and ParaView and is very much involved with the open source community around it.

Mathieu has developed many important features in ParaView and VTK, such as the Lagrangian Particle Tracker, Selection Linking, Colormap editor features, Explicit Structured Grid, VTT data format, SSH native support, Python Editor and much more.
Mathieu has been leading efforts to integrate ParaView in many client applications, as well as delivering very high quality ParaView related courses, blog articles, webinars anddocumentation. He is also one of the lead developer of the F3D open source project.

Mathieu is also involved in the recruitment of engineers in his team, mentoring junior engineers and organizing many events, from hackathons to social outings.

Prior to joining Kitware, Mathieu worked for three years as a software engineer at the Institut de Planétologie et d’Astrophysique de Grenoble, where he contributed to the Rosetta ESA project. He received his INSA Lyon engineers degree 2010 in software engineering as well as a computer science master’s degree from ENS Lyon the same year.